skip to main | skip to sidebar

2 days without my camera!

After recording around 30 bands at the Spotfestival I thought I kind of fullfilled the needs for my addiction.
I had to promise to Moenen not to bring my DV-cam to New York, and that was ok.
But it was unforgivable to forget the little pocket-camera when we went to see 'Desmona' at the Union Pool in Brooklyn.
Great gig, ideal atmosphere. You'll have to believe me on my word or click the hyperlinks.

And now back in Belgium, I even had a greater musical experience at the incredible 'Braakland' location in Leuven
with the special gig from 'Prima Donkey' who rehearsed during one week and served the public their beautiful result.
Let's hope for a follow up on this unique experiment.
Next time I'll cary some recording device.

Tomorrow we 'll (+Zjakki) be interviewing 'Spok Frevo' at 'Couleur Café'
Spok Frevo is from Recife and the obligatory Brazilian link for today's Mangue Belga Blog :-)

If some one is looking for some Brasil en Nova York: 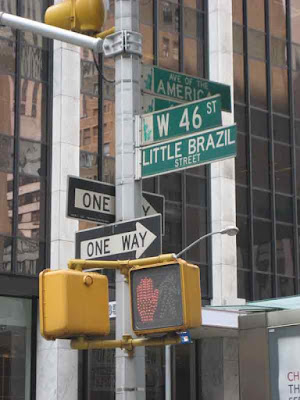 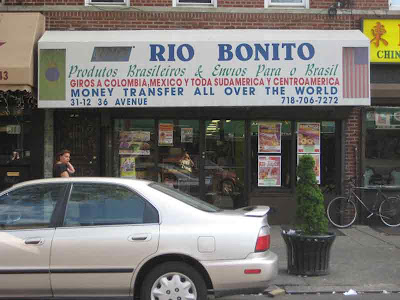 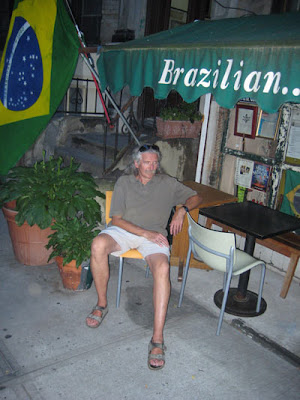 It was rather silent on this blog.
My mind was on the Spotfestival in Denmark - I'll report later on this Blog - where I did some filming of the newest bands of the North and for the moment I'm in New York eating an acceptable feijoada and discovering that in despite of this multicultural city nothing beats a Caipirinha in Recife. 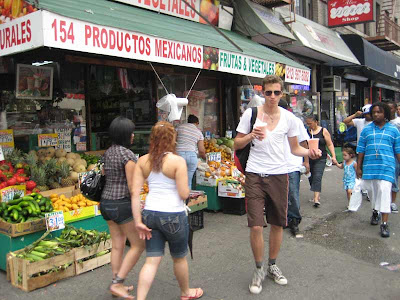 A lot of Spanish all over in the streets of Manhattan and nearly no English in Spanish Harlem, where I freely could speak Portuñol mixture - learning Portuguese made my Spanish dissapear - and feel like in Central or South America.
NY is great.
Biking in NY is the MAX ! 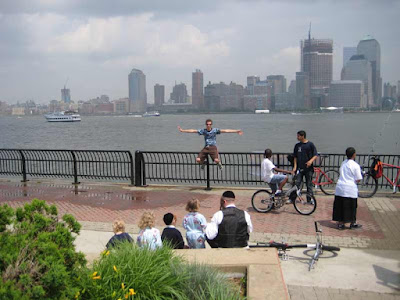 Hopping from the top of the first world on 5th avenue to the third world slums of Harlem, The Bronx, Brooklyn, Queens ... on a bike it all seems so close to each other.
I noticed one big difference in the "MULTICULTURAL" of Brazil and NY. Here all the nationalities kept their culture and language, as in Brazil they went up in one melting pot. I had to come to NY to understand some more of the 'ANTROPOFAGIA' attitude that Oswaldo de Andrade described and that feeded my fascination for Brazil, Brazilian music and more specific the Mangue Beat of Recife.
I read somewhere that it is because of the Portuguese, who were - at the start of their conquest - more interested in making money than settling, that made the big difference.
That's all folks.
My bike is waiting
Gepost door O LIMPO rio 2016 op dinsdag, juni 17, 2008 Geen opmerkingen: Links naar deze post